Ave and Ruman win at BIR 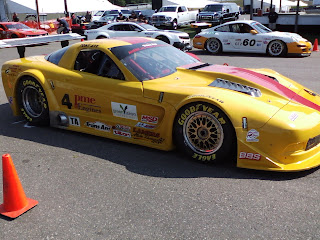 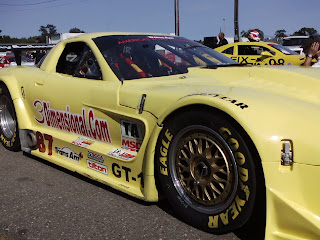 Ave's 62 yr old team mate Doug Peterson (above) had a poor qualifying result, but was patient and worked his way up to second position after Amy Ruman spent time on pit road and point leader Simon Gregg's car faded late in the race.

With the win Ave moved up to 3rd in points, just 10 behind Amy Ruman in second place and 29 behind point leader Simon Gregg. 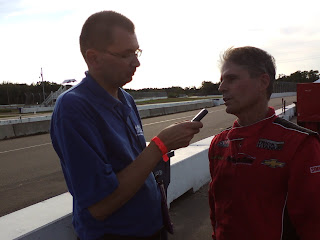 Pete Halsmer (above) was interviewed by Dean Reller after winning the TA2 race, he had a thirty lap battle with Bob Stretch who then dropped back to third late in the race, Cameron Lawrence had a good run finishing runner up to Halsmer.

17 cars raced on Saturday, an increase over the previous two years when 13 and 7 cars competed on Labor Day weekend for the Trans-Am event.  The weather was perfect and the crowd seemed much better than 2010 or 2011. 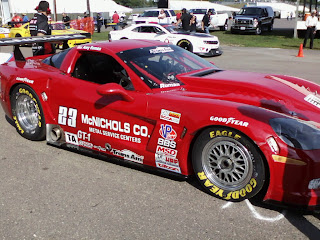 Amy Ruman (above) won for the second time in 2012 on Sunday, finishing just ahead of Simon Gregg, Doug Peterson was third and Tony Ave was fourth, one lap down after flat spotting a tire and having to pit.

We will broadcast interviews with all the winners from both Saturday and Sunday on "Speedtalk on 1360" radio, Saturday when we are LIVE at the Classics by the Lake car show in Buffalo, 10-11am on KRWC 1360am or www.krwc1360.com

Get full results and information at www.gotransam.com