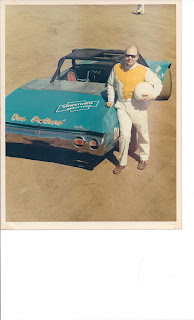 Former racer and track owner Bill Oas will be inducted into the Elko Speedway Hall of Fame on July 20th, 2013.

Bill started racing at Elko Speedway in 1968 in the Sportsmen division, he then raced Late Models from 1970-1976.  A big victory came on Aug 15 1972 when he won a 100 lap event at Elko Speedway, Dick Trickle finished 7th in that race.  He also held the track record for many years with a time of 15.29 seconds, a record later broken by Mark Martin.