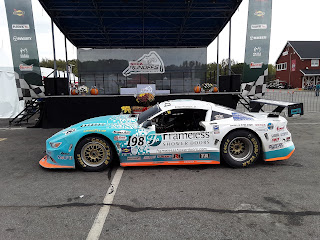 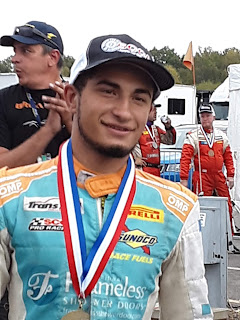 The John  Baucom #86 car was smoking from the beginning of the race, he was black flagged immediately but continued to drop a large amount of fluid all around the 3.1 mile race track causing a very slippery condition for the rest of the competitors.

Ave and Francis swapped the lead back and forth the first lap and Francis officially led lap one, Ave then led on lap two and three.  The third fastest qualifier was the 114 car driven by Ron Malec, he was in a bad wreck and the full course caution was finally called on lap 3. 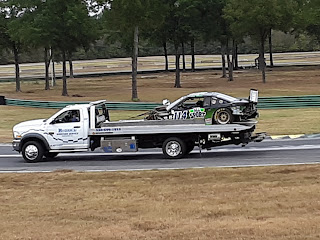 It was a long clean up process to get the track back in a race able condition, Tony Ave led the two caution laps after the cleanup leaving only four green flag laps to finish the race which had a time limit of 40 minutes. 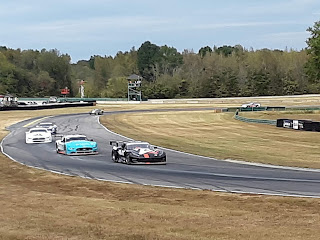 Ave slipped off the course after the restart and Ernie Francis Jr bolted to the lead the final three laps of the shortened race.  It was the first SCCA Runoffs win for Francis Jr.  "This is the most pressure I have ever felt," said Francis Jr "I've always wanted to be a Runoffs Champion."

Tony Ave finished second 1.838 seconds behind Francis Jr, David Pintaric #57 from Canfield (OH) driving with a broken hand, was third, he was over 24 seconds behind the winner.  Todd Peterson #42 from Bolder (CO) was fourth and #30 J Richard Grant from Germantown (TN) was fifth of the 13 cars participating. 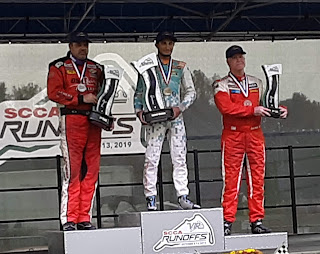 It was a bit disappointing that the race was so short but it was pleasure covering the Trans Am type cars at the 2019 SCCA runoffs in Virginia.

Us here in Minnesota can look forward to 2020 when the Trans Am series returns to Brainerd International Raceway July 10-12th after a two year layoff.  This event will honor the memory of the late BIR owner Jed Copham and also feature a $35,000 purse boost to ensure a great field of Trans Am series cars.

End of the Trans Am era at BIR? 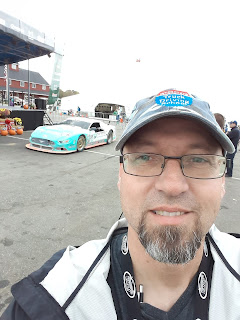 Speed Talk on 1360 has covered every Trans Am race in the modern era at BIR and that will surely continue in 2020!