Most popular interviews of 2015

Jason and Dean interviewed drivers and motor sports personalities every week on Speed Talk on 1360 radio a total of 60 different drivers. 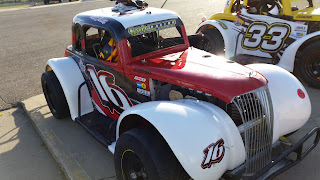 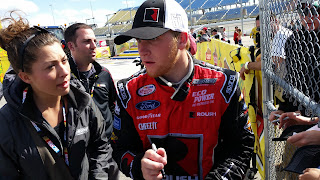 These interviews are broadcast live Saturday mornings 10-11am on KRWC 1360am radio and KRWC1360.com but they are also pod-casted on Soundcloud.

Here is the listing of our TOP 10 most downloaded interviews of 2016.

Thank you to everyone who listened to the show LIVE on the radio and those of you who listen to our interviews via pod-cast.  Click the links below and check out what you might have missed in 2015.  Be sure and follow us on Soundcloud and you will never miss and interview and if you want to download and save an interview please do so now, we will be erasing many old interviews as we begin the 2016 racing season.

When you see our interviews on Social Media please share then and promote racing in MN! 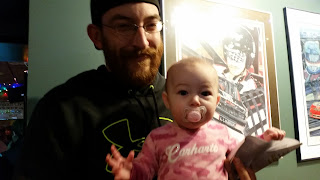 The first Elko Driver sign up was held on Saturday at Turtles bar in Shakopee (MN).

The star of the show was clearly #55 Hornet driver Brandon Plekkenpol's one year old daughter (photo above).

The 2016 schedule was released, the season begins a little later than last year.  The season opener begins on Saturday night May 28th as one of the eight Eve of Destruction shows.  Thunderstruck93 will be on September 24th and the season will end on October 1st.

Here is a link to the season schedule http://www.elkospeedway.com/schedule/

The Super Late Models and Big 8 divisions will both have 4 OFF nights during the season, they alternate being OFF during Eve of Destruction events.   Every time the Super Late Models and Big 8 cars race, they will be racing double features, so barring rain-outs they would get 26 races for NASCAR points (NASCAR only counts features).  So, if the car counts are as good as last year, drivers would have an opportunity to race for a National point title.

The Heat race winners still score 21 points, the point structure changes slightly after that, but very similar to last year.

This puts more importance on doing well in the the Feature events.

Here is the line-up and point explanations http://www.elkospeedway.com/wp-content/uploads/2015/12/2016-Race-Line-Up-Procedures.pdf

NASCAR Division 4 National Champion and Elko Speedway Power Stock Champion Grant Brown will be travelling with his family to the NASCAR Home Tracks banquet in Charlotte NC next weekend, he said he has thought about his speech but has not practiced yet.

Don't be surprised to see Grant racing against his dad Doug Brown next year in a Big 8 car at Elko Speedway.  He will join other father/son duo's racing each other on the track including Jon and Derek Lemke in the SLM's and Bruce and Matt Allen and Tim and Jaycen Brockhouse in the Legends also look for a father/daughter pairing of Don Whitebear and Tina Davis in the Thundercars in 2016.

Hornets driver Brandon "positivity" Olson plans on continuing racing in the Hornets division in 2016 but also he has made the first payment to purchase the Power Stock driven by Grant Brown last year.  He will be a great addition to the already strong field of Power Stock cars at Elko.

Super Late Model Champion Jacob Goede and his brother Matt will be racing their snowmobiles again this winter, they are looking forward to the Eagle River (WI) event in early January and also the Viking Speedway event in Alexandria (MN) in late January.  http://alexwinterspectacular.com/

It was also really nice to see one of our great sponsors HIWAY Federal Credit Union in attendance, they are very supportive of Elko Speedway and love the loyalty that race fans have to sponsors.

Great North Legends owner Tim Brockhouse, the only driver to win both the Asphalt and Dirt Nationals events for Legends cars, is attempting to race a Midget car at the Chili Bowl... many Elko Speedway drivers and fans have contributed to the effort.  Here is his GoFundMe page, it appears he is very close to making his goal!  https://www.gofundme.com/9jbhsfbg

The next Driver Sign up event will be held at the Endzone bar in Elko on Saturday February 27th 1-3pm.

For more information go to www.ElkoSpeedway.com