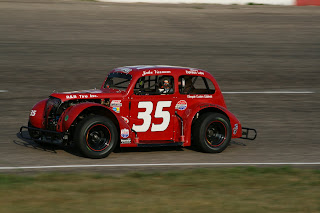 He will talk Legends racing and also his work constructing a "Formula Car" at Minnesota State University in Mankato.
Posted by Jason at 7:21 AM No comments:

The Races at Elko were post-poned because of the weather on Saturday night. Adam Royle won the Super Late Model feature at Raceway Park on Sunday night (April 25th).

Kevin Harvick won at 'Dega in a thrilling finish. Jason picked that one right, so now Dean, Jordan and Jason all have 5pts in the http://www.speedworksdiecast.com/ fantasy NASCAR contest.
Posted by Jason at 9:36 PM No comments: 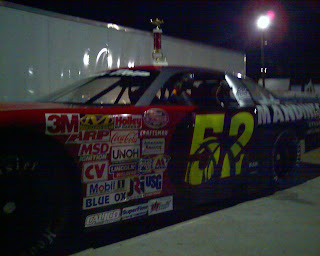 Both Opening night Super Late Model winners Chad Walen (from Raceway Park) and Josh Vadnais (from Elko Speedway) will be on Speedtalk on 1360 with Jason and Dean Saturday (April 24th) from 10-11am on KRWC 1360am and http://www.krwc1360.com/
*top picture is a picture from 2007 of Josh Vadnais, bottom picture is Chad Walen from last Sunday night after the Raceway Park feature.

Here is the question for this week on SPEEDTALK TRIVIA.

Make your guess NOW by e-mailing me at speedtalkon1360@live.com

If you are the first person to submit the correct answer, you will win 2 free tickets to Raceway Park in Shakopee.

WE GOT OUR WINNER >>> Geoffrey Olmsheid of Mankato MN wins 2 FREE Tickets to Raceway Park in Shakopee. He correctly answered CHAD WALEN.

We will do this again soon, keep checking back.
Posted by Jason at 1:20 PM No comments: 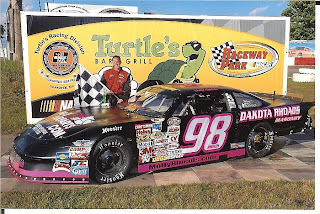 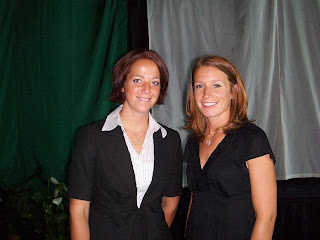 Molly started racing back in 1998 driving her brother AJ's Sportsmen car at Elko Speedway. We go to know Molly when she raced at I-94 Raceway and Fergus Falls raceway beginning in 2001. She raced Street stock, Super stock, Limited Late Model and then finally in the Super Late Model divisions. She earned many rookie-0f-the-year awards, sportsman of the year and most popular driver awards.

At I-94 Raceway in Sauk Centre we would arrange "driver autograph sessions" during intermission and we had to make sure Molly had a table all to herself because she would draw such a long line of fans.

In 2004 Molly was the first female driver to ever win a Late Model race at Raceway Park in Shakopee. She was chosen as one of only 16 drivers to try out for the NASCAR Drive for Diversity program in 2006.

After helping Bryan Roach in the pits the last couple of years, Molly is back and looking to compete for a Super Late Model championship at Raceway Park in 2010.

*Above picture is Molly with Erin Crocker
Posted by Jason at 8:59 PM No comments:

Wisconsin Nationwide series driver Kelly Bires has been let go from the JR Motorsports #88 car owned by Dale Earnhardt Jr. Kelly Bires has had only one top 10 finish in 2010 and that was a 7th place at Auto Club Speedway in California.

Jamie McMurray will drive some of the 2010 races in the #88, another driver has not yet been announced but it is very possible that long time MN dirt racer and ARCA winner Steve Arpin
will race a part-time schedule for JR Motorsports.

Dean and I broadcast a ASA Late Model race Kelly Bires was in at Elko back in 2006 on KRWC Radio.

He missed the drivers meeting with a migrane headache the morning of the race but was able to hit all his marks on the track that night for a dominating win.

I think Kelly does all the right things with the media, he is a good guy from the Midwest who deserves another ride with a good team.


*Landon Cassill from Iowa will continue to drive the #7 Nationwide car for JR Motorsports until Danica Patrick returns after the Indy Car season.
Posted by Jason at 7:14 PM No comments:

Speedtalk at the Home show 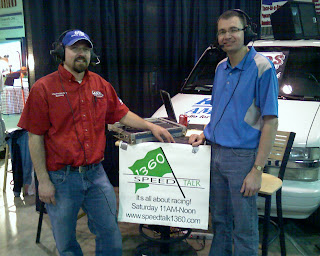 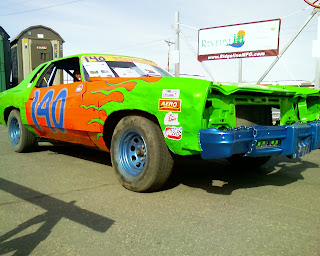 Jason and Dean did a fun broadcast from the 2010 Wright County Home show in Buffalo on Saturday afternoon.

Also three pair of tickets to Raceway Park in Shakopee were given away, the winners are: Pat Ziemau, Judy Jensen and Michelle Erickson all of Buffalo. They will get their tickets in the mail.
Thanks to everyone who stopped by and said Hello. 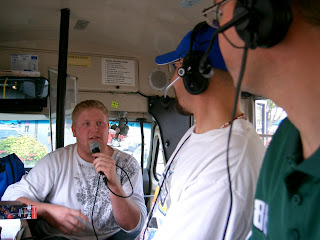 Our weekly radio show will be at a special time this weekend only!

"Speedtalk on 1360" will be on display at the KRWC Wright County Home and Garden show on Saturday April 10th at the Bufalo Civic Center.

Our LIVE one-hour broadcas will be immediatly after the Twins baseball game .. approx 3pm on KRWC radio 1360am and http://www.krwc1360.com/

Jason and Dean will be joined by Great North Legends driver Pat Zandstra from Buffalo.

The Home and Garden show has FREE Admission and will feature over 100 different merchant displays.


*picture above is Pat Zandstra with Jason and Dean at the Classic's By the Lake car show in 2009. 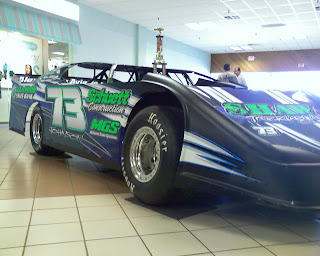 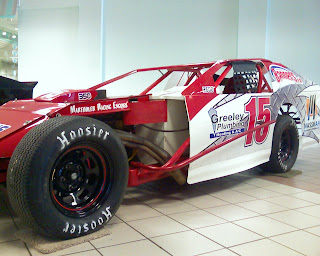 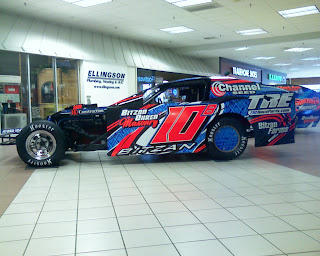 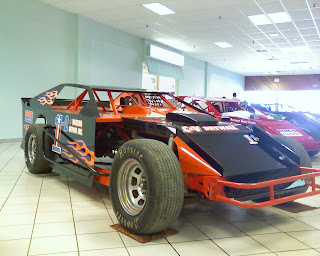 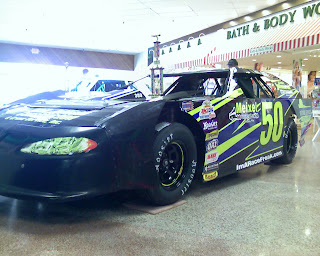 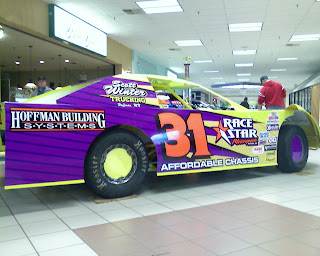 The Viking Plaza in Alexandria (MN) had their annual "race car show" inside the mall this weekend. 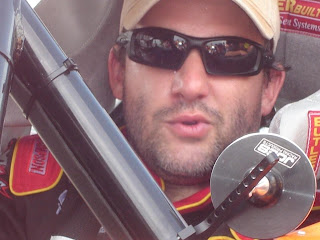 NASCAR star Tony Stewart is scheduled to race a dirt Late Model at Red River Valley Speedway in West Fargo on Wednesday June 23rd.
The track is in the process of changing from a 1/2 mile track down to a 3/8th mile track, they plan on racing on Wednesday nights this summer.
www.redrivervalleyspeedway.com
Posted by Jason at 12:38 PM No comments: 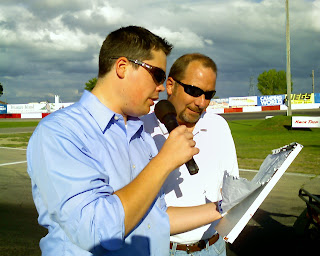 Matt will be announcing for the Mid-Am Stock cars again this year along with doing the weekly show at WIR and Norway.

Jordan Bianchi will be along to talk about the exciting Martinsville NASCAR race and Dan Plan will join us with all the local racing news as we preview the 2010 season.