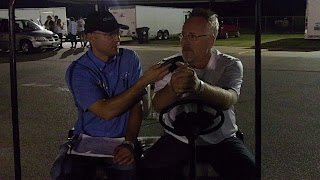 ARCA Midwest tour president Tim Olson talked with Dean and Jason on "Speedtalk on 1360" radio on November 17th 2012.  We talked about many things including the sanctioning switch from ASA to ARCA for the Midwest tour.  Click Read More and Listen through the podcast player below to hear both parts of the two part interview.

A Season of change for Midwest Tour

The ASA Midwest Tour will now be sanctioned by ARCA.

It appears that ARCA will take the Midwest tour under its umbrella in much the same way they did the CRA Super series.  These touring series are made up of similar asphalt Super Late Model cars and will even race some joint events on the 2013 schedule. 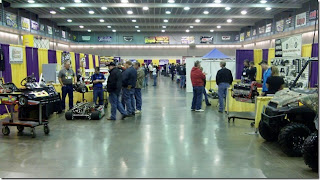 (ST. CLOUD, MN) The racing is over for the year and all that’s left is to crown some Champions and set the stage for the upcoming season.  That was the main focus of a weekend full of events for the WISSOTA Promoters Association.  The event showcased the WISSOTA National Championship winning drivers and the National Awards Ceremony handed out the trophies and checks to those who had a successful year racing in all of the WISSOTA sanctioned classes in 2012.  The WISSOTA Promoter’s Association Annual Meetings, also a part of the weekend, always seems to produce some rules changes and those changes weren’t officially announced at this event.  The exact details of any changes will be announced at a later date.

The Winter Motorsports Mecca of MN

The activity at our local short tracks has cooled down with the onset of the winter season so, many race fans attention shifts to the Metrodome where tens of thousands of  fans stream inside to witness the awesome power, agility and aggression on display.  Once every year the finest rivalry in all of sports is renewed under the Teflon roof at the Metrodome...... no, no not the Vikings and Packers.