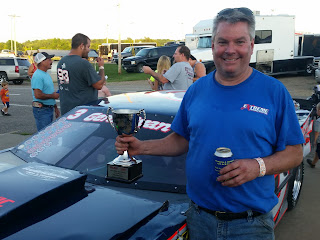 Veteran driver Conrad Jorgenson from Lakeville (MN) has been named the 2017 Minnesota Asphalt Driver of the Year by Speed Talk on 1360 Radio.

Jorgenson had an incredible year at Elko (MN) Speedway winning 9 feature events and scoring 22 TOP 5 finishes out of the 29 races in the highly competitive Genz-Ryan Thunder Car division where 33 different drivers scored points in 2017.

Jorgenson won the point title at ELKO by 52 points over Jeremy Wolff, it was the fifth Championship at Elko Speedway for Jorgenson and the tenth overall title in his career that started over 30 years ago.  His overall win total is now up to a very impressive 127 feature events.

Conrad also scored well in the NASCAR Whelen All American Series Home Track Division II point standings, he finished second place in the Nation and attended the Awards Ceremony in Charlotte (NC) with his family and crew.

"2017 is the best overall racing season I've ever had, this is probably the biggest accomplishment of my career," said Jorgenson.

Conrad plans on returning to racing in the Thunder Car division at Elko Speedway again in 2018 along with mentoring his daughter Julie Jorgenson as she continues to gain experience in the Power Stock division.  "My wife said I should keep racing until I don't win anymore, so I guess were still going racing," said Conrad with a smile. 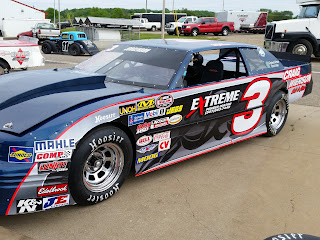