The 2012 race season was an eventful one for Minnesota race fans.

The ASA Midwest tour raced twice at Elko Speedway, in the August Governors Cup race Travis Sauter won followed by Haseleu and Holtzhausen.  They came back again in September for the Thunderstruck 93 race.  It was an epic battle which saw Dan Fredrickson run Jacob Goede up the track in the last corner for the win, eventual ASA Midwest tour Champion Jonathan Eilen finished third.  They also raced at Iowa Speedway and Brent Kirchner won over Wimmer and Chris Weinkauf.  We interviewed 8 drivers and ASA Midwest tour president Tim Olson on Speed Talk on 1360. 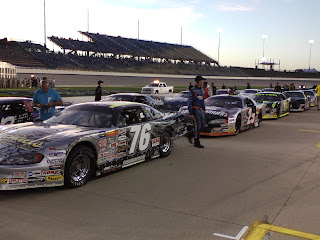 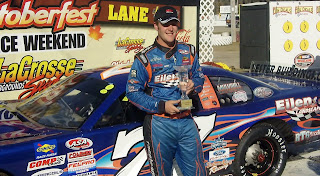 Eilen wrapped up the title after finishing 5th place in the season ending Oktoberfest race in La Crosse Wisconsin.