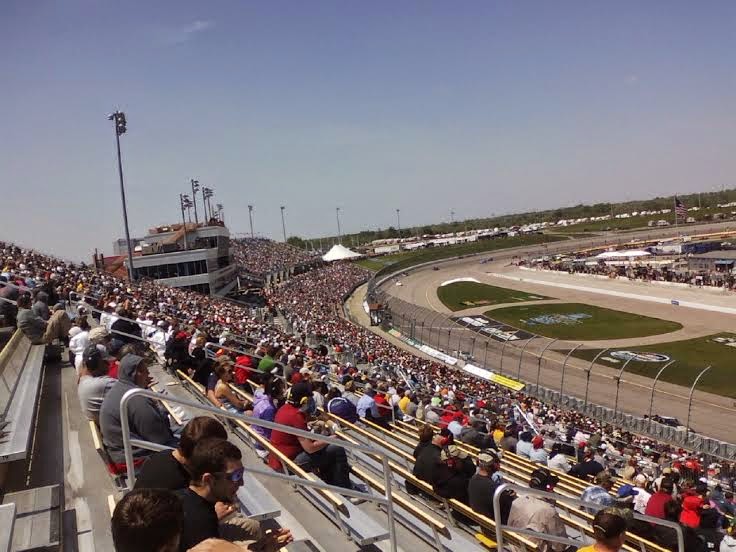 #54 Sam Hornish Jr and Ryan Blaney battled for the top spot all day long during the Get to Know Newton 250 Nationwide series race at Iowa Speedway.  Hornish lead a total of four times for 167 laps and Blaney held the top spot five times for a total of 80 laps. 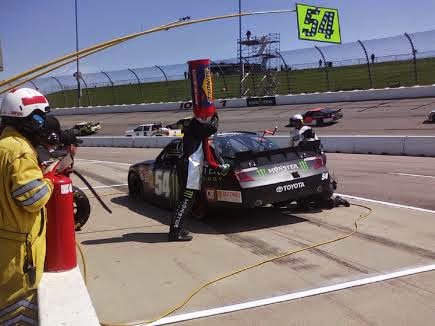 Hornish driving in a part time role for Joe Gibbs Racing took the lead for the final time after a restart with 20 laps to go, Blaney was the leader and chose the bottom side but Hornish had the faster short run car and won by .796 seconds.

Regan Smith was aggressive after the final restart and moved up to third with Chase Elliott and Elliott Sadler round out the top 5 with Brian Scott finishing 6th. 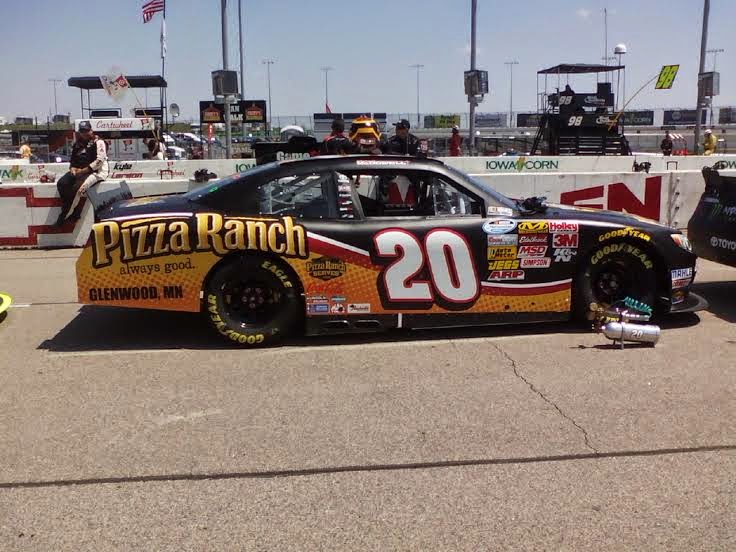 #20 Michael McDowell driving the Glenwood MN Pizza Ranch sponsored car was a top 10 car throughout but took a chance with only two new tires on a restart with 38 laps remaining in the race.  He exited the pits with the lead but faded back to finish in the 7th position.

Ty Dillon and Trevor Bayne finished 8th and 9th, they ran nose to tail the entire day.  "We had no short run speed," said Bayne "the race didn't play out the way we needed it to, we needed some 75 lap runs to make some ground up, but everything was short run."

Hometown hero Landon Cassill pleased the crowd with a Top 10 finish, "It was a solid race for us, just track position was really important, it was really hard to pass."

The 250 lap race saw only 5 caution flags and the only wreck was for Mike Bliss on lap 222.  18 cars finished on the lead lap and the race took 2 hours and 4 minutes to complete. 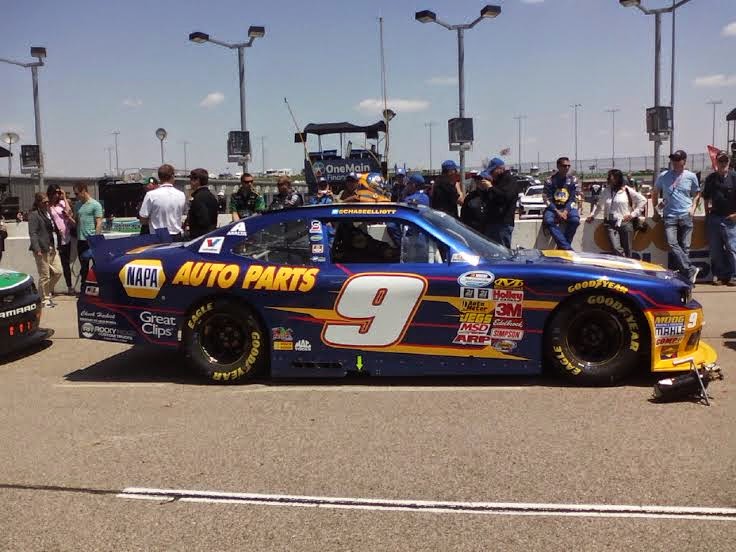 #9 Chase Elliott leaves Iowa with the Nationwide Series point lead by just 2 points over both Elliott Sadler and Regan Smith.

The patching of the track surface to repair some harsh winter damage was apparently a success, drivers noted they did not have a problem with any of the patches and it was hardly noticeable compared to last year.