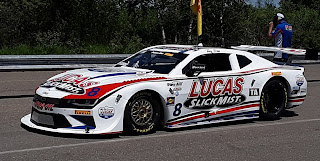 Tomy Drissi #8 from Los Angeles (CA) won the Jed Copham tribute Trans Am series race at Brainerd International Raceway.  Jed Copham died last year in a swimming accident, he was a former competitor in the Trans Am series and the owner of  BIR, his family still owns and runs the racetrack. 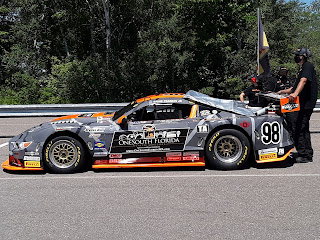 Ernie Francis Jr #98 was the fast qualifier and led the first 20 laps.  He gained a big lead over the rest of the field while #23 Amy Ruman and #8 Tomy Drissi engaged in a furious battle for the second position.  Ruman edged ahead of Drissi at the start and the two competitors, with a history of contact, raced hard and clean nose to tail for over a dozen laps before Drissi emerged as the runner up.  Francis then had mechanical problems and dropped from the race handing Drissi the top spot, a position he would not relinquish all the way to the finish.  It was his first win of the season and fifth TA National race win. 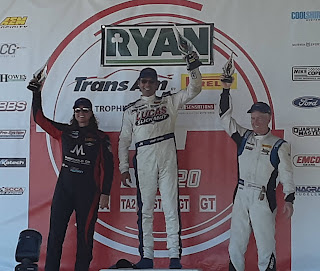 Tomi Drissi then extended his lead and won by an impressive 46.612 seconds, Ruman is a two-time winner at BIR and held onto second place even though she struggled with fading power steering the second half of the race.  Veteran driver #59 Simon Gregg raced solidly to round out the podium finishers. 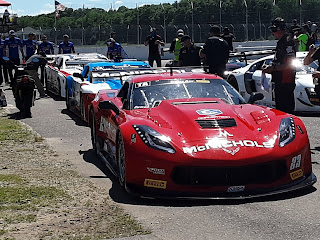 Humaid Al Masaood #21 pressured Gregg most of the race and finished fourth, #19 Kerry Hitt fifth followed by #98 Ernie Francis Jr and #20 Chris Dyson who was out on lap 8 with mechanical problems.  It was a small field of TA cars during this time when the Covid-19 scare has dominated the sports landscape worldwide.  The fans enjoyed free admission and were urged to watch the race at Brainerd International Raceway from their cars in drive-in style as all Grandstands were closed. 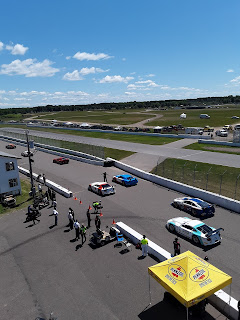 The Trans Am race was completed in 1 hour and 35 seconds.