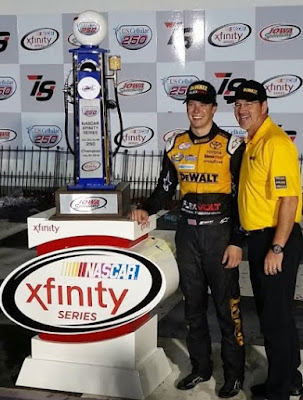 Erik Jones proved that he was the driver to beat as he won the NASCAR Xfinity Series U.S. Cellular 250 at Iowa Speedway.  Jones took the lead on the start as he and polesitter Daniel Suarez set a quick pace.  A competition yellow was waved on lap 40 so that track workers could inspect a patch made to the race track in turns three and four.  However Jones continued to show the way after yellow flag pit stops cycled through. 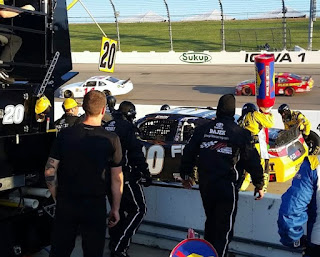 All of the Joe Gibbs teams used pit crews with little or no experience working together, since this was a standalone NASCAR event.  Several of the other teams brought their Sprint Cup crews to service the cars and it allowed for some changes up front. 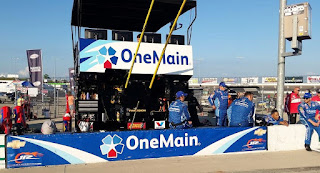 Elliot Sadler would win the race the race off of pit road and briefly took over out front leading laps 117-125 before Jones again took over the lead.  Ty Dillon also used quick pit work to take the lead during the final round of pit stops on lap 152.  Jones would use the long green flag stretch to track down Dillon in the closing laps, before taking over the lead with 15 laps remaining. 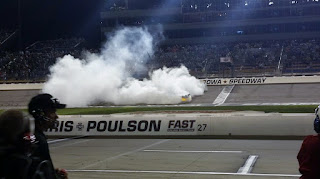 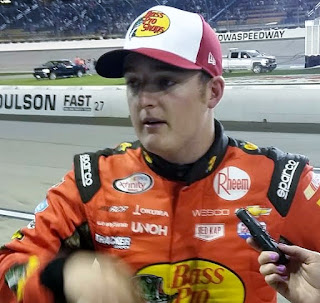 Dillon appeared to be one of the few that could race with Jones, his lone stint out front yielded 83 laps in the lead, but that would only be good enough for second place.
Hear from 2nd finishing Ty Dillon 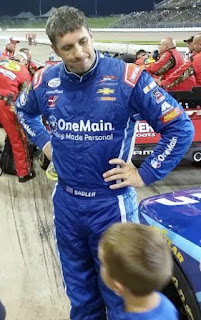 Sadler only led once for only 9 laps, but he was satisfied with the third place finish.
Hear from 3rd place Elliott Sadler 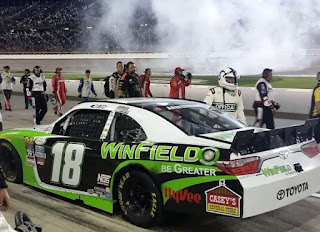 Dakoda Armstrong filling in for Matt Tifft, pulled off a pass on the final lap, to move past Sam Hornish Jr. to finish an impressive 5th.
Hear from 5th finishing Dakoda Armstrong 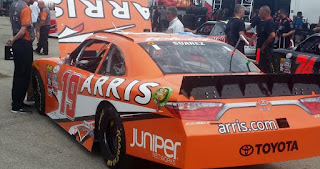 The biggest disappointment of the race was pole sitter Suarez who was running near the front, but a slow final pit stop shuffled him back for the final restart.  When the green waved Josh Berry who was restarting just ahead of Suarez missed a shift causing Suarez to run into the back of Berry's car.  The front end damage to Suarez's ended up causing engine failure and he retired from the race on lap 174.