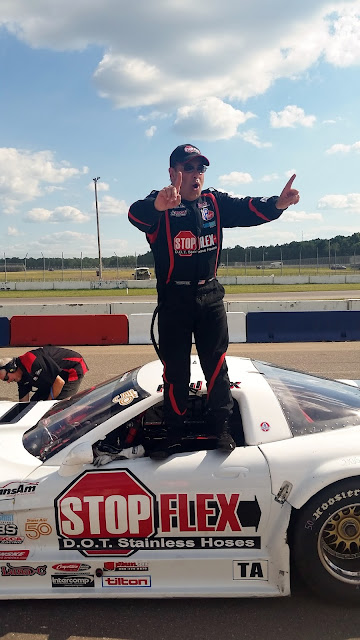 Paul Fix was more than excited as he climbed from his car following the Ryan Companies Independence Day Classic for the Trans Am Series at Brainerd International Raceway.

Fix looked like as though he was destined for a solid second place finish, but some late race events shuffled things in his favor allowing him to take the Trans Am TA1 win.  Pole sitter Cliff Ebben started at the front of the field for the third straight race and he appeared poised to finally take his first win of the season.  Ebben took the lead from the start, but the race would be slowed on lap two, when TA4 driver Trevor Janke hit the wall in turn one.  After a few caution laps, the red flag was displayed for several minutes as track crews made repairs to the wall.

When the green waved again, it was Ebben still in command as David Pintaric held second while Fix now moved to third.  Fix did not have a good qualifying run and was originally scheduled to start last after Saturday’s Fast Five qualifying.  He was the lone driver to make a run during Second Chance qualifying and turned in the fastest time of the day, but was forced to start sixth due to his second round attempt.

Fix quickly moved to second behind Ebben and the front pair slowly began to pull away from the others. 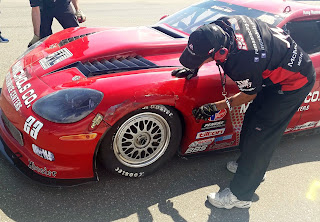 Defending race winner Amy Ruman had power steering problems and was forced to pit for lengthy repairs which put her 4 laps down and an eventual 9th place finish.

Meanwhile, Ebben and Fix showed the way at the head of the field.  Fix would use lapped traffic to gain ground, only to see the margin grow again when the speedy front pair got into clean air.  With a little more than a lap remaining, smoke began to pour from the right rear of Ebben’s car as he clung to the lead.  On the final lap, Fix made his move in turn four as he moved past to take the lead and hang on for the win. 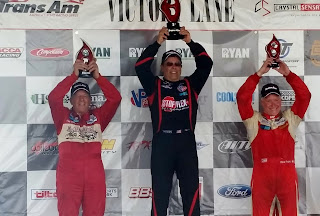 “I caught a wisp of smoke about a lap before that,” said Ebben.  “It kept getting worse and worse, but with one lap to go, I’m not going to pull in.  I just kept going.” 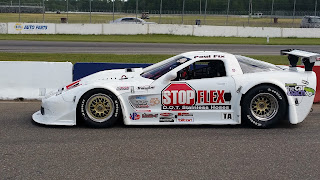 Fixx was elated as he received congratulations from his crew and wife Lauren following the race.  “We had a fast car,” said Fix.  “We waited and waited and waited, it’s a waiting game sometimes.  Cliff had a fast car and he knows this track like the back of his hand.  I just capitalized on his mistakes and kept closing in and finally took it with one lap to go.”

Here is an audio recap of the entire weekend from Jason and Dean from Speed Talk on 1360 https://soundcloud.com/dean-reller/speed-talk-7-9-16-trans-am-recap
Posted by Dean R. at 8:12 PM