Mullins proving a small team can have success in ARCA 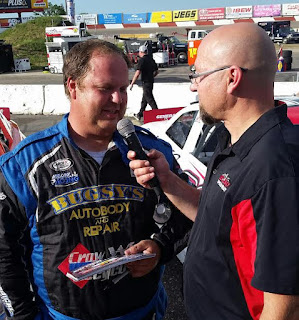 Willie Mullins #3 from Fredricksburg (VA) is looking to prove a point, that a small team can have success in the big money world of ARCA racing.

Mullins is a former Road Racer who raced at his local track at Summit Point in Jefferson County in West Virginia for years before making the jump to the ARCA series. "We wanted to make the next step and do something a little bit different," said Mullins.  His team started racing old ARCA cars at New Jersey Motorsports Park in Millville (NJ) beginning in 2008, he had moderate success and eventually scored a Top 15 finish in 2012.

The team acquired an old NASCAR series car that was once from the Robert Yates stable, it was one of the cars raced by Elliott Sadler, then it came to the ARCA series and reached victory lane with Grant Enfinger behind the wheel.  Willie and the team went Super Speedway racing and they scored an 8th place finish the very first time he raced at the high banks of Daytona International Speedway in 2016.

They are a very small team that has had success racing against some big budget operations like Venturini Motorsports and Driver Development programs from Joe Gibbs and Jack Roush.  This February Mullins scored a career best finish at Daytona by avoiding the wrecks and staying out of trouble the first 2/3rds of the race, then getting aggressive and moving up at the end to finish in second place. 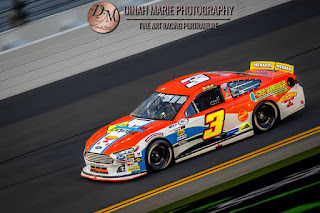 Mullins says that ARCA has made some changes that have helped even the playing field, including the new engine package. "The first key is the Ilmor 396, when we brought that out the first year we finished 8th at Daytona, before that if we would've had a Triad engine, we would've been at Top 20 car at best," said Mullins.

The team has also stayed competitive by limiting their schedule to the biggest tracks on the schedule, (Daytona and Talladega) and now coming to the smallest track on the schedule, the 3/8th mile oval at Elko (MN) Speedway.  "ELKO is such a short track you have to be up on the wheel, you've got to attack every corner and have to be trying to get to the front, if not the leader will catch you" said Mullins "if we can stay on the lead lap the first 3/4 of the race, then we can run to the front at the end." 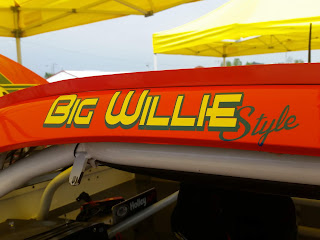 Willie Mullins had problems during a pit spot and finished fourteenth at Elko Speedway in 2017 but is looking for a better finish this year.  They have hired pit crew members that all have experience in the NASCAR Cup Series and they will pit both his car and his teammate Robert Bruce who is driving the #2 car.  Kevin Belmont, brother of long-time NASCAR driver Andy Belmont, will be the spotter for Willie at Elko Speedway.

Expectations are high for the Willie Mullins and Robert Bruce teams as they go into the Elko Speedway race on Saturday July 15th.  Gates open at 1pm, General Pole Qualifying at 5:45pm, Autograph session at 7:15pm and the Race will begin at 9pm.  It also will be broadcast LIVE on MavTV.  Get more information at ElkoSpeedway.com or ARCARacing.com

Both cars this weekend racing at the ARCA Sioux Chief PowerPex 250 presented by CW Metals and MatrixCare at Elko Speedway will be sponsored by CW Metals in Monticello (MN).  Willie and Robert Bruce will be at CW Metals for an Open House on Friday July 13th 2018 from 10am-2pm.  Free Food and Prizes will be given away plus tours of the facility.

Both Dean and Jason will be at this event reporting for Speed Talk on 1360 radio and will be doing a LIVE remote broadcast on KRWC radio 1360am.