2020 MN Asphalt Driver of the year 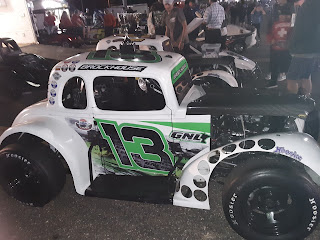 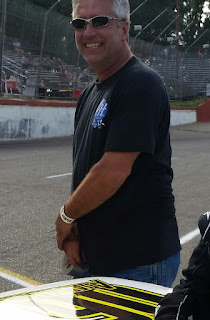 Tim Brockhouse of Shakopee (MN) has been named the MN Asphalt driver of the year from Speed Talk on 1360 Radio.

Brockhouse has been racing the motorcycle engine powered Legends cars since 2002 and has accumulated an impressive 213 wins in his career, 14 of those wins occurred in 2020 even though numerous events were cancelled due to the Covid-19 pandemic.  Brockhouse won races at Hawkeye downs (IA), Dells Raceway Park (WI), Jefferson Speedway (WI), Citrus County Speedway (FL), and his hometown track Elko Speedway (MN).

2020 was a big year for Brockhouse because he had 8 wins and won his first track Championship at Elko Speedway just edging his veteran rivals Baiden Heskett and Jon Lemke.  Brockhouse has usually not raced full-time at any one track, his only previous track Championships were both in 2004 at the I-94 Raceway sister tracks in Sauk Centre and Fergus Falls (MN), shortly thereafter he began operating the Great North Legends dealership which took him to a variety of tracks in the North.

Brockhouse also excelled in the INEX Legends National standings as he and Scotty Scott from Colorado both scored the maximum points possible and shared the National points Championship in the Masters (40+) Asphalt division.  Austin Jahr, another MN driver, was the top point scorer in the Nation in the Asphalt Semi-pro division.

When asked about the most memorable moment of the year Brockhouse said when he, his sons Ayden and Ayrton and his wife Amanda drove their cars around the track at Elko Speedway during opening ceremonies displaying the American flag,"it brought tears to my eyes and was a huge honor," said Brockhouse.

This is the second time Tim Brockhouse has won this award, he was also recognized as the MN asphalt driver of the year in 2016.

The Great North Legends shop and Brock's flooring just moved and are now located at 2401 Hwy 13 West in Burnsville (MN).

Winners of the MN Asphalt Driver of the year: 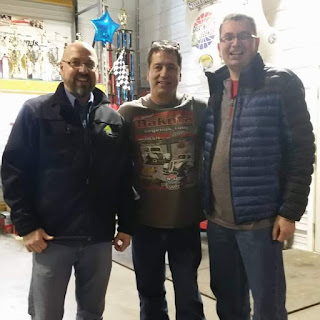