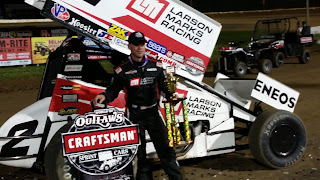 A rainy day at the race track is the worst thing in the world for race fans and promoters but, for the #2 World of Outlaws Craftsman Sprint Car Series team and driver Shane Stewart the rain on Tuesday night postponing the races was a welcome sight after a rough weekend of racing in Iowa.  "I tried to empty the trailer in Knoxville," said Stewart "we crashed two nights, wrecked the car, actually was able to salvage a couple decent finishes, but it creates so much work, especially when we are out on the road."  That rain day became of work day for the Kyle Larson/Marks racing team and that extra work payed off with a win (his fourth of the season) on Wednesday night at Granite City Speedway.  "Our wing guy bent over backwards to get us two new wings and honestly the rain out last night kind of helped us because it gave them an extra day in Knoxville to get that stuff" said Stewart.

The new parts and pieces did the trick and helped Stewart start on the outside pole and take the lead on lap 11 just before the lone caution period on lap 13.  The Red flag was displayed for Greg Wilson who flipped in corner number four.  Seven-time Champion and defending winner of this race Donny Schatz, who drives for Tony Stewart, had a rough night all around, he qualified 15th, was involved in that wreck with Wilson and never recovered, he finished 23rd. 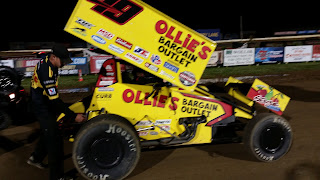 #49 Brad Sweet who drives for Kasey Kahne battled for the lead with Stewart but came up just short.  Sweet made up a lot of points on Schatz as they vie for the points Championship and he was happy with the night.  "The track was awesome," said Sweet "I thought it was multi-grooves and lots of good racing and at the end of the day we can't be mad about finishing second."  With the Schatz DNF, Sweet now takes the point lead by 1.

#29 Kerry Madsen seemed to have the best car coming into the feature event, he won his heat race, won the fast dash and missed the fast time to Joey Saldana by .003 seconds.  He started the 30 lap feature on the pole but dropped to third by the finish. 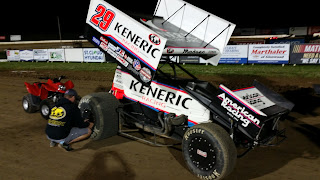 "Shane (Stewart) and the #2 car was way better than us tonight," said Madsen "disappointed not to be in position to get it done at the end and we didn't, but still a great result."  Madsen was impressed with the overall event "great crowd here (Granite City) and the track was fantastic" said Madsen. 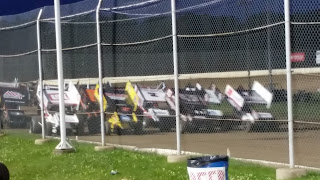 Here are the Results of the World of Outlaws Craftsman Sprint Car Series at Granite City Speedway in Sauk Rapids (MN) presented by Marthaler Chevrolet of Glenwood.

It was a redemption of sorts for Shane Stewart, helped by Mother Nature and maybe a little bit of Speed Talk Karma.  We interviewed Stewart on the Saturday before the event.  You can hear that interview HERE https://soundcloud.com/dean-reller/shane-stewart-interview-on-speed-talk-on-1360 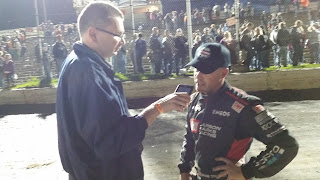 "Finally we were able to win here, last year we were close and weren't able to pull it off and this year we were able to," if the Speed Talk on 1360 interview Karma helps Stewart pick up those trophies we might have to talk to him more, "maybe every week" said Stewart.

The support division was the Midwest Modifieds and #88 Eric Lamm from Zimmerman was the winner. 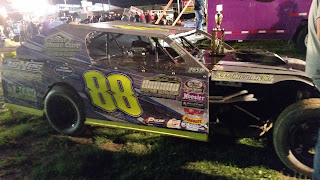 After the races some luck race fans went home with a free souvenir and actual used Hoosier race tire from some of the racers.  These tires cost $200 each new, and used they are nothing but a conversation piece. 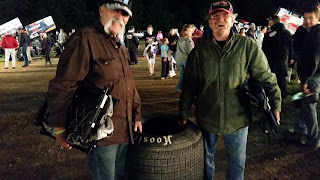 Get more information on the World of Outlaws Craftsman Sprint Car series at WoOsprint.com

Listen to more coverage of this race on Speed Talk on 1360 radio, Saturday morning 10-11am on KRWC1360.com or search KRWC on the FREE Tunein app for your phone. 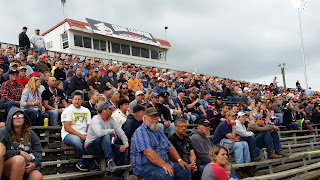