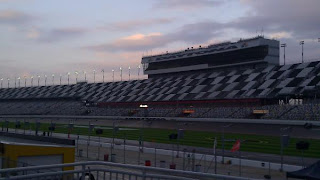 Jordan Bianchi from http://www.theracinggeek.com/ will be reporting LIVE from Daytona, he will join Jason Searcy and Dean Reller will all the up to the minute NASCAR news and commentary.

We will talk about that sad day ten years ago when Dale Earnhardt died, and how the sport has changed in the decade since his passing.

We will discuss all the off season changes in NASCAR.  The rules, the cars, the fuel, the teams, the points, so much has changed in just a few months.  How will that affect the racing in 2011?

We will make our picks for the Daytona race and also rank the top drivers of 2011 so you will be ready for your fantasy NASCAR draft.

Dan Plan, Mike Dimmick, Susie Wiegele, Mr Mom and Chris Hawkey all will release their 2011 predictions as well on the show, dont miss it!

Lots has changed on the local scene as well, we will preview the upcoming ASA Midwest tour series and talk about what is new for 2011 on the short tracks in Minnesota.


*photo courtesy of http://www.theracinggeek.com/
Posted by Jason at 7:43 PM