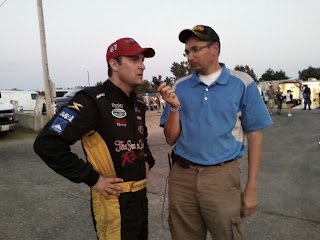 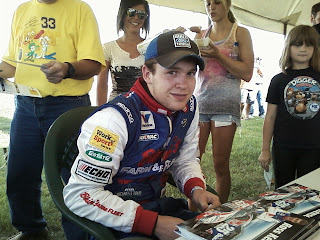 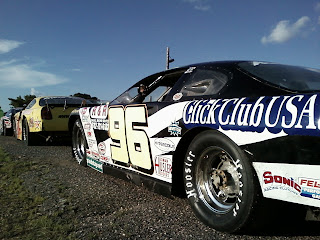 
The ASA Midwest tour made their annual stop at Raceway Park in Shakopee (MN) on Sunday (July 18th) for the Kwik Trip stores 125. It turned out to be a great race in front of a very good sized crowd.

Tour point leader Steve Carlson took the lead on the first lap and held the top spot until lap 118 when Nathan Haseleu passed him on the high side as the crowd erupted in response.

Young Iowa star Thor Anderson took home third and Ross Kenseth worked his way up from the rear of the field to finish fourth. Kenseth tangled with fast-timer Michael Bilderback on lap 70 to bring out a caution that sent both of them to the back of the pack.

Ryan Johnson had the "Speedtalk Karma" and was the top Minnesota finisher in fifth, followed by Jacob Goede.

Danny Fredrickson, Griffin McGrath and Chris Wimmer all had good races going, but dropped out because of brake problems.

Listen for interviews with Nathan Haseleu, Thor Anderson, Ross Kenseth and Ryan Johnson on "Speedtalk on 1360" with Jason and Dean this Saturday (July 14th) from 10-11am on KRWC radio and http://www.krwc1360.com/
For official results go to http://www.asamidwesttour.com/