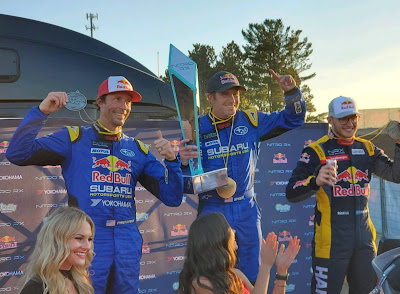 A huge crowd of Minnesota Motorsports fans watched racing legend Scott Speed edge iconic action athlete Travis Pastrana in the Supercar Final of the Nitro Rallycross at ERX motor park in Elk River (MN). Teammates Speed and Pastrana were celebrating together in a large group of fans after the race, the joy and excitement was obvious on their smiling faces. 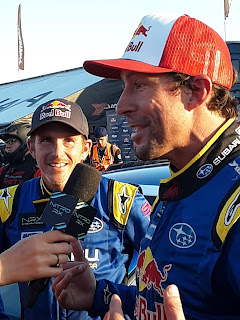 "I don't do it for the trophy, it's a challenge for me, for personal growth and to work for such an amazing team, that's what I do it for" said Speed. "This place is mind blowing, the Carlsons work so hard, I'm so glad the racing was so amazing because of all the effort they put into it." 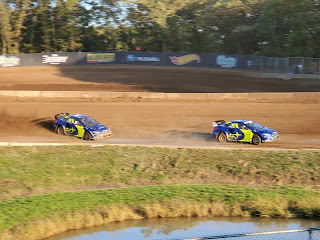 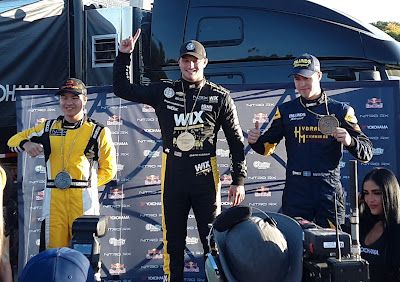 Sage Karam won the NRX Next Final, Karam had a problem on the first lap and dropped back to 7th position, Karam then put down some incredible lap times and raced his way through the field, eventully passing the leader and winning by an incredible 9 seconds over George Megennis Here is the full interview with Jason Searcy from Speed Talk on 1360 and Sage Karam  Click Here https://soundcloud.com/speedtalkon1360/sage-karam-erx-winner-2021 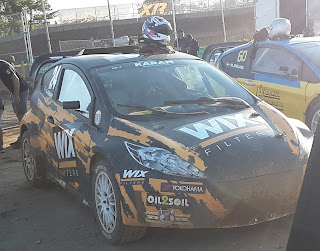 Karam said his team has been snake bit to start the season with lots of bad luck, it looked like that bad luck would continue when he was stuck in a three-wide situation and spun on the first lap, after the incident Karam started laying down some incredible fast laps "I saw the leaders getting bigger and bigger because they were getting closer to me and I kept pushing," said Karam "I saw a couple of them have some issues and I was praying that they would keep running into each other, it's Rally racing and anything could happen and we didn't quit, that's the big thing never give up and don't quit." Karam was so focused on laptime that he didn't even know that he was the winner "I came across the finish line, got the checkers and I asked my spotter where we finished and he said You Just Won and I was like No Way, I had no idea" said an ecstatic Karam post-race. Karam was a big fan of the ERX Motor Park race facility, "this is an amazing place," said Karam "one of the most rad tracks I've ever driven in a Rally Car, it's definitely designed for cars like this, I LOVE this track, as of today this is the favorite track I've ever gone to." 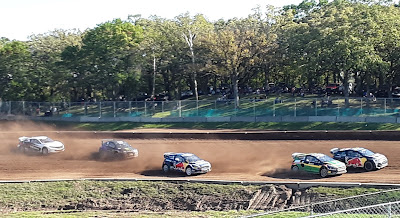