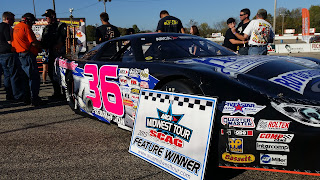 After spinning in qualifying Fredrickson started the 200 lap race 19th on the grid, he worked his way though the field but had to pit during a caution period because of overheating.  Fredrickson cooled his car enough to make a run at the lead, he took the top spot from Ty Majeski after a wild restart with 10 laps remaining. "

"Everybody's car was real hot, its a common problem on these Sunday afternoon races" said Fredrickson.   "I think the fuel was boiling in the carb because it was so hot, Ty's car started missing down the straight away and I shot under him, actually I got a good run off underneath him then my car started missing and then (Jacob) Goede got along side of me, so we came into number one three-wide.  I think the fans liked it, but I'm glad we came out on top on the other end." 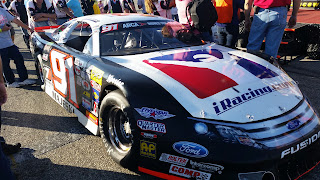 "My motor was running really hot" said #91 Majeski.   "I had a bunch of leaves stuck on the grill, I tried to suck-up on the pace truck but it just wasn't enough, the motor vapor locked on me coming down the front stretch and out of turn two so I didn't have any power and they got around me."  Ty Majeski from Seymore (WI) finished third in the race and won his second ARCA Midwest tour Championship. 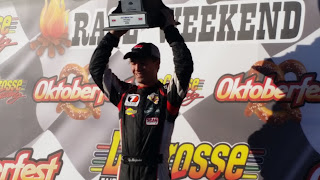 "It was one heck of a season, we set the record for the most ARCA Midwest tour wins in a season (5) and had a really good back half, we won 4 of the last 5 races and the sixth one come up just a little bit short" said Majeski who will now return to college in UW Madison studying Mechanical Engineering.  His future racing plans are undecided as of now, but he hopes to come back and win Oktoberfest next year, "we are working on a few things, hopefully something good will come through," said Majeski. 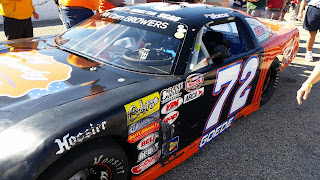 #72 Jacob Goede from Carver (MN) had a great run and finished second to Majeski just as he did a few weeks earlier at #Thunderstruck93 at his home track Elko (MN) Speedway where he had 10 wins and a Championship this year.  Minnesota drivers took three of the top 4 spots with Nick Murgic from Rosemount (MN) finishing 4th and Skyler Holzhausen 5th, Tim Sauter 6th, Natalie Decker 7th.

Here is an audio interview with winner Dan Fredrickson
https://soundcloud.com/dean-reller/dan-fredrickson-wins

Here is the YouTube Highlight Video of the Oktoberfest 200
https://www.youtube.com/watch?v=GmnbsMd91lk 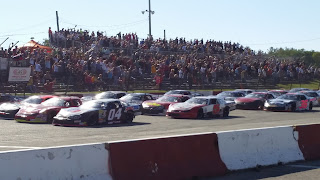 Here is the YouTube Video of the starting line-up just before green https://www.youtube.com/watch?v=KuFMfjdljZo

NASCAR Star Johnny Sauter accepted the $5000 Ultimate Challenge to start at the back of the 28 car field.  He advanced up to second by lap 58 but faded back and had mechanical problems resulting in a DNF. 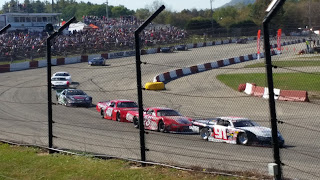 #91 Ty Majeski won the BIG 8 Style JMcK overall title, he tied the record for the best score ever with two wins and a second place finsh (4 points).  Cole Anderson from Northfield (MN) scored the other win.  Michael Beamish from Eagan (MN) finished second in the first segment of the race. 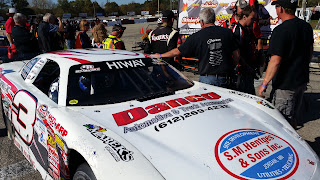 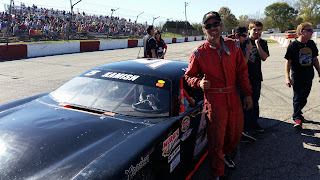 Many vintage cars raced, Woody Poole was the winner in the finals. 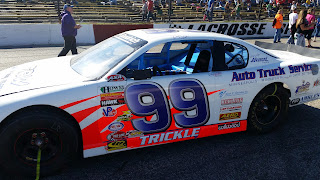 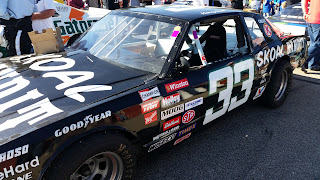 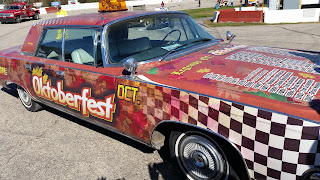