Martin Goes Out On Top, 2013 MN Asphalt Driver of the Year 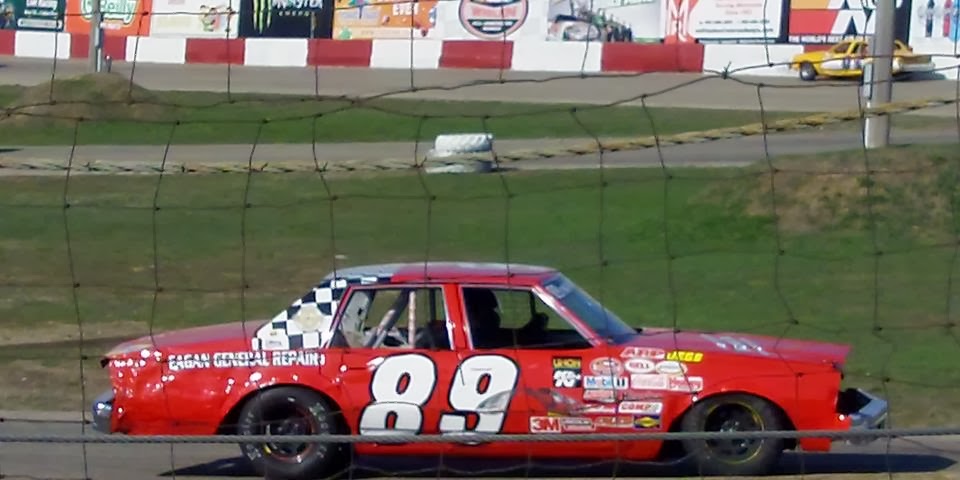 
The 2013 Speed Talk on 1360 Minnesota Asphalt Driver of the Year took a new direction so to speak as Raceway Park Figure 8 driver Ricky Martin takes the honors after a remarkable year capping off the final season of racing at Raceway Park in Shakopee.

Although many drivers look at an upcoming season with Championship hopes, it wasn’t quite the case with Martin as he headed into the 2013 season.  “I wasn’t planning on racing the full year”, said Martin. “I’ve got kids in sports and I was really planning on helping coach them.  I found out it might be the last year at Raceway Park and if it was going to be the last year, I wanted to be part of it.”  Martin has a lot of experience at Raceway Park, winning multiple championships in recent years so, he has been very apt at turning left and right on the quarter mile track.  Running a Figure 8 car takes a different skill set than most drivers are accustomed to. “You start out the year hoping to just stay out of trouble, especially in the Figure 8’s.  You know, Figure 8’s, trouble is just around the corner.”  That’s something that Martin seemed to do a good job of avoiding, since in many races he was safely or at least slightly safer in the lead.

“The car was unbelievable, just jump in and drive,” said Martin.  “The crew really worked hard on it and we ended up winning 15 features on Sunday nights.  It was by far my best year in racing.”  Martin was especially thankful for his crew consisting of his dad, Rick Martin, Scott Emmes, Scott Westphal, Johnny Mosher and Mark Mosher.  Besides winning the Figure 8 Championship, Martin was also the NASCAR Home Tracks Division II National Champion.

Of course with all the feature wins and Championships over the years, the question comes up of why didn’t Martin ever move up to another class?  “A number of reasons could answer that, but I realized the last couple of years that it’s the group of guys and gals that I race with in the Figure 8’s,” said Martin.  “They are an unbelievable group, they’re family.  You race with them door to door on the track.  Sure you might have issues here and there, that’s part of racing.  Afterwards in the pits, no matter what happened on the track, we are always smiling, joking around, having a good time and that’s the reason why I’ve stuck with the Figure 8’s, the group of guys.”

Now that Raceway Park is gone, Martin doesn’t have any racing planned, at least in the near future.  The 2013 season was a memorable one and for Martin the final chapter couldn’t have been a better memory of what truly was a storybook season with a happy ending.

Previous winners of the Speed Talk on 1360 MN Asphalt Driver of the Year: