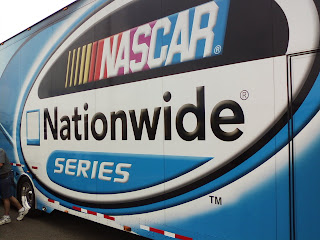 After a morning rain shower race fans are flowing in to Iowa Speedway for the NASCAR Nationwide race.
First practice on Friday saw #3 Austin Dillon with an average speed of 131.343 mph and #18 Michael McDowell at 130.917 mph top the speed charts on the 7/8th mile high banked oval. 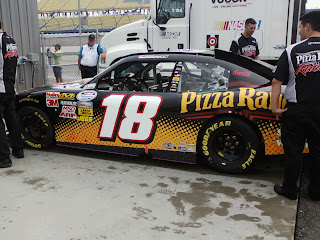 Second practice had Darrell Wallace Jr fastest with an average speed of 132.962, Brendan Gaughan was second quick at 132.805 mph. 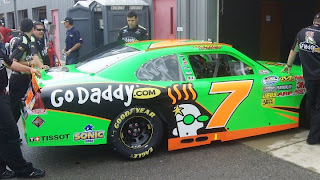 Drew Herring practiced the #54 car for Kurt Busch who was at Pocono.

Green flag at 7pm tonight for the U.S. Cellular 250 at Iowa Speedway, it will be broadcast on ESPN 2.  A chance of rain remains in the forecast for the race.

A lucky fan will win $100,000 tonight in the Nationwide Insurance "Dash 4 Cash."  Jim Baker from Marshfield WI is paired with Ricky Stenhouse Jr, Tammy Altieri from Spokane WA is with Sam Hornish Jr, Jeff Reynolds from Colorado Springs gets Michael Annett, and Amie Crouse from Chicago IL is paired with Austin Dillon.   The top finishing driver and their fan will both win $100,000 after the race courtesy of Nationwide Insurance. 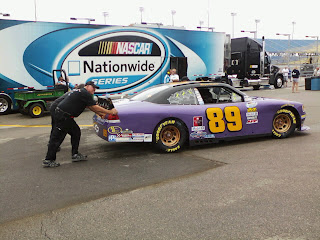