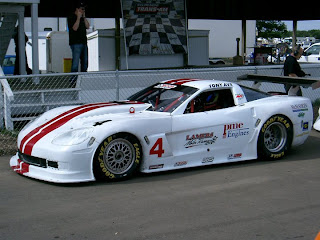 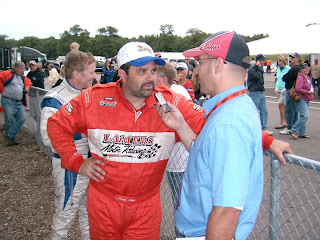 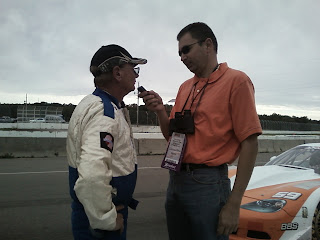 Minnesota native Tony Ave dominated the SCCA Trans-Am series race at Brainerd International Raceway on Sunday (Sep 5), its the first time this series has raced at BIR since 1989. Tony was born in Duluth MN, was raised in Wisconsin and now lives in North Carolina.

Tony Ave lead flag to flag and won by an astonishing 65 seconds with and average speed of 95.39 mph on the 2.5 mile 13 turn road course at BIR, its his fifth win of the season.

Tony Ave was impressed with the race course, he said "I can just about make it through turn one with the throttle wide open, in these cars its pretty thrilling around there we hit about 180mph. I also really like the little kink before the start-finish line" said Ave.

Second place finisher Tomy Drissi is surely an entertainer, he was laughing and joking with the fans during the driver autograph session and seemed to appreciate the support of the local Jaguar fans.

Shakopee MN driver Jim Derhaag finished fifth in his 151st and final start in the SCCA Trans-Am series, he is retiring after a long and storied career racing both on ovals and road racing.

Here is the link to the final offical results http://www.trans-amracing.com/article.php?ID=1831

Jason interviewed winner Tony Ave and Dean interviewed Jim Derhaag, you can hear both of those on "Speedtalk on 1360" Saturday Sep 11th from 10-11am on KRWC radio and http://www.krwc1360.com/